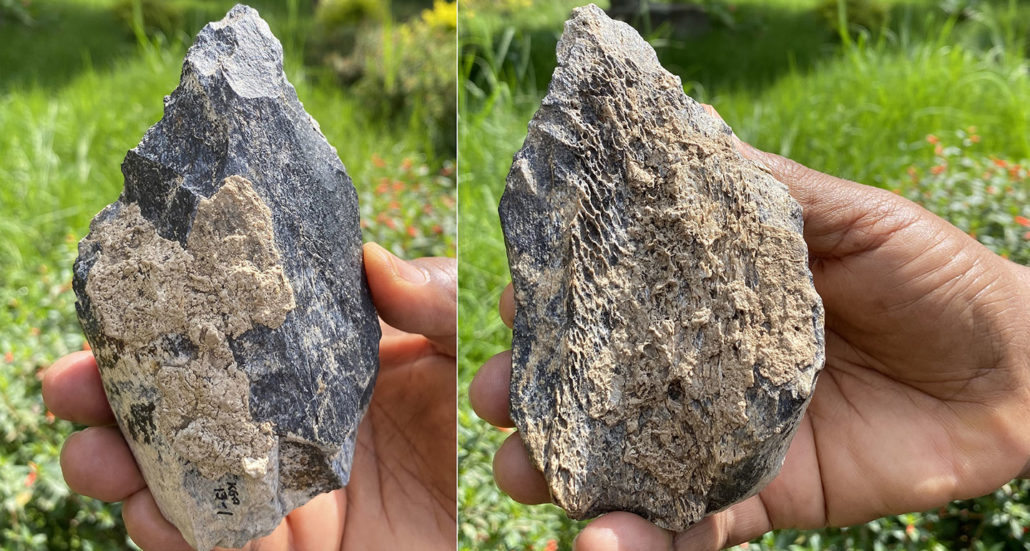 Homo erectus, a possible direct ancestor of people today, crafted a surprisingly cutting-edge tool out of a hippo’s leg bone around 1.4 million years ago, researchers say.

This find is a rare example of an ancient type of hand ax made out of bone rather than stone, reports a team led by paleoanthropologists Katsuhiro Sano of Tohoku University in Sendai, Japan, and Gen Suwa of the University of Tokyo. The tool was discovered at Ethiopia’s Konso-Gardula site (SN: 1/2/93), which has produced stone tools and fossils attributed to H. erectus.

Along with a variety of stone tools now recognized at several East African sites (SN: 3/4/20), the bone hand ax “suggests that Homo erectus technology was more sophisticated and versatile than we had thought,” Suwa says. Taken together, these finds show that, perhaps several hundred thousand years earlier than previously known, the H. erectus toolkit consisted of items requiring a series of precise operations to manufacture, such as stone and bone hand axes, as well as simpler tools that could be made relatively quickly.

H. erectus at Konso-Gardula modified a chunk of a hippo’s leg bone so that a roughly 13-centimeter-long oval piece with a sharp edge near the tip could be struck off in one blow from a stone or bone hammer, the researchers conclude July 13 in the Proceedings of the National Academy of Sciences. One or more toolmakers then chipped off bone from the artifact to render its final shape. Signs of wear indicate that the hand ax was used in cutting or sawing activities.

Only one other bone hand ax of comparable age has been found. That roughly 1.3- to 1.6-million-year-old implement, from Tanzania’s Olduvai Gorge, contains fewer signs of chipping and shaping than the Konso-Gardula hand ax does, the scientists say.