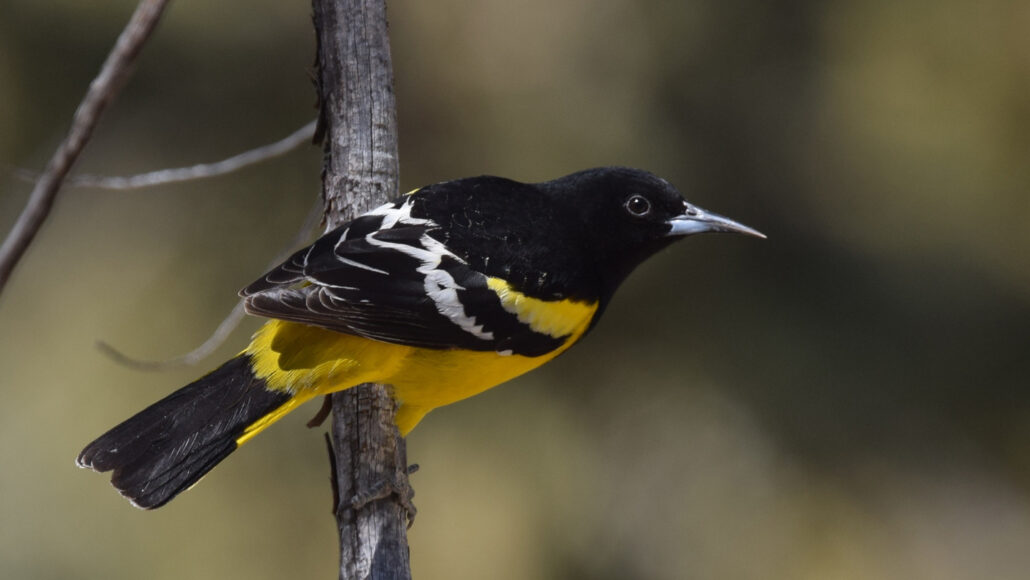 Racism lurks in names given to plants and animals. That’s starting to change

With lemon and black plumage, the Scott’s oriole flashes in the desert like a flame. But the bird’s name holds a violent history that Stephen Hampton can’t forget. He used to see the orioles often, living in California. Now that he lives outside the bird’s range, “I’m kind of relieved,” he says.

Hampton is a birder and registered citizen of the Cherokee Nation. Winfield Scott, a U.S. military commander and the bird’s namesake, drove Hampton’s ancestors and other Native Americans from their land in the 1800s during a series of forced marches now known as the Trail of Tears. The journey killed over 4,000 Cherokee, displacing as many as 100,000 people in the end.

“So much of the Trail of Tears is already erased,” Hampton says. “There’s a few historical sites, but you’d have to be an archaeologist to figure out where the actual stockades were.” Linking Scott’s legacy to a bird “is just adding to the erasure by putting another layer over it.”

The oriole is just one of dozens of species that scientists are considering renaming because of racist or other offensive connotations. In a groundswell of revision, scientists are wrestling with this heritage.

Racist relics can infuse both scientific and common names. But in contrast to scientific names — which are internationally standardized in Latin — common names live in the vernacular. They vary by language and region, and have a smaller scope than scientific names’ international reach, making them arguably simpler to change. Some get immortalized in field guides and formally recognized by scientific societies. These common names provide a useful shared language for scientists and the public, but they can also enshrine harmful legacies. Advocates for change see some names as barriers to inclusion and distractions from the organisms themselves. But those advocates also see opportunities in renaming.

“We can choose language that reflects our shared values,” says Jessica Ware, an entomologist at the American Museum of Natural History in New York City and president-elect of the Entomological Society of America, or ESA. Name changes themselves are nothing new; scientific and common names both shift as scientists learn more about a species. The ESA keeps a list of English common names for insects, updated annually.

In July, the ESA removed the pejorative term “gypsy,” what many consider to be a slur for Romani people, from its common name list for two insects, the moth Lymantria dispar and the ant Aphaenogaster araneoides. The ESA has invited new name suggestions from the public. In the meantime, the insects will go by their internationally recognized scientific names.

“This is a moral, necessary and long-overdue change,” says Margareta Matache, a Roma rights activist and scholar at Harvard University. It’s a “small yet historic” step to rectify portrayals where “Roma have been denied humanity or depicted as less than human,” she says.

With the Better Common Names Project, the ESA now prohibits names perpetuating negative stereotypes, and welcomes public input about which names to change next. So far, over 80 insensitive names have been identified, and over 100 name ideas for L. dispar have streamed in, Ware says. With a “bottom-up swelling of names” to choose from, “everybody is included,” she says.

But racist legacies lurk in lingo. Some scorpions, birds, fishes and flowers are known by the label Hottentot, a term of abuse for Indigenous Khoikhoi people in southern Africa. The Digger pine tree bears a pejorative for the Paiute people in the western United States, once derisively called diggers by white settlers.

Changing offensive common names of species is nothing new

It’s not unusual for common names, or even Latin names, of species to change. Sometimes new information about a species prompts a name change, but as the following examples show, names deemed offensive have been revised for at least two decades.

Pikeminnow (Ptychocheilus): Four pikeminnow fish species were once called “squawfish,” using an offensive term for Native American women. In 1998, the American Fisheries Society changed the name, as an “exceptional” example of a violation of “good taste.”

Long-tailed duck (Clangula hyemalis): In 2000, the American Ornithological Society renamed the derogatory “Oldsquaw” duck after urging from Indigenous communities — but not officially because the name was offensive. “Long-tailed duck” was already used in Europe, so the reasoning of maintaining consistency was accepted.

Goliath grouper (Epinephelus itajara): This 800-pound fish was formerly known as the “jewfish.” The American Fisheries Society changed the name in 2001, after a petition citing the name’s offensiveness.

The bird world, in particular, has been reckoning with such legacies. Birds named for people proliferated in 19th century ornithology, glorifying the namers themselves or figures they favored. Today, 142 North American bird names endure as verbal monuments to people. Some names — such as Scott’s oriole, chosen by naturalist and U.S. military officer Darius Nash Couch — lionize people who participated in genocide. Others — such as Bachman’s sparrow, named after Lutheran minister and naturalist John Bachman — venerate people who defended slavery. “Blacks and Native Americans would have always been opposed to these names,” Hampton says.

Since 2020, supporters of the grassroots campaign Bird Names for Birds have advocated for a solution — replace all eponymous bird names with descriptive ones. “It’s not a be-all-end-all solution” to removing barriers to birding for minority communities, says Robert Driver, an evolutionary biologist at East Carolina University in Greenville, N.C. But it’s one gesture of “consideration for everyone who’s out there with binoculars.”

The American Ornithological Society initially rejected Driver’s proposal to revise the name of a brownish-gray bird called McCown’s longspur, named after Confederate general John P. McCown. But after the 2020 murder of George Floyd sparked nationwide reflection on systemic racism and as some Confederate monuments were removed and sports teams with offensive epithets were renamed, the ornithology society changed its policies to consider a namesake’s role in “reprehensible events” as grounds for revision. Now, the bird is known as the thick-billed longspur.

Driver wants Scott’s oriole to be next — but for now, English bird name changes have paused while a committee with the society recommends a new name-changing process. “We are committed to changing these harmful and exclusionary names,” says Mike Webster, an ornithologist at Cornell University and president of the society.

Removing harmful terms offers long-term stability in common names, Ware says. With thoughtful criteria, scientists and others can craft names built to last. “So it might be uncomfortable now,” Ware says. “But hopefully, that only happens once.”

As for Hampton, he doesn’t see Scott’s oriole anymore, now that he lives in Washington State. But he still can’t escape these types of names. Sometimes while birding, he spies Townsend’s solitaire — a bird that favors juniper berries. It’s named after American naturalist John Kirk Townsend, who collected Indigenous people’s skulls in the 1830s for cranial measurements that were used to justify pseudoscientific racial hierarchies. “Every time I see one [of the birds], I’m thinking, ‘That should be juniper solitaire,’” Hampton says. In his mind’s eye, Scott’s oriole is the yucca oriole. “I can’t wait for those to be changed.”