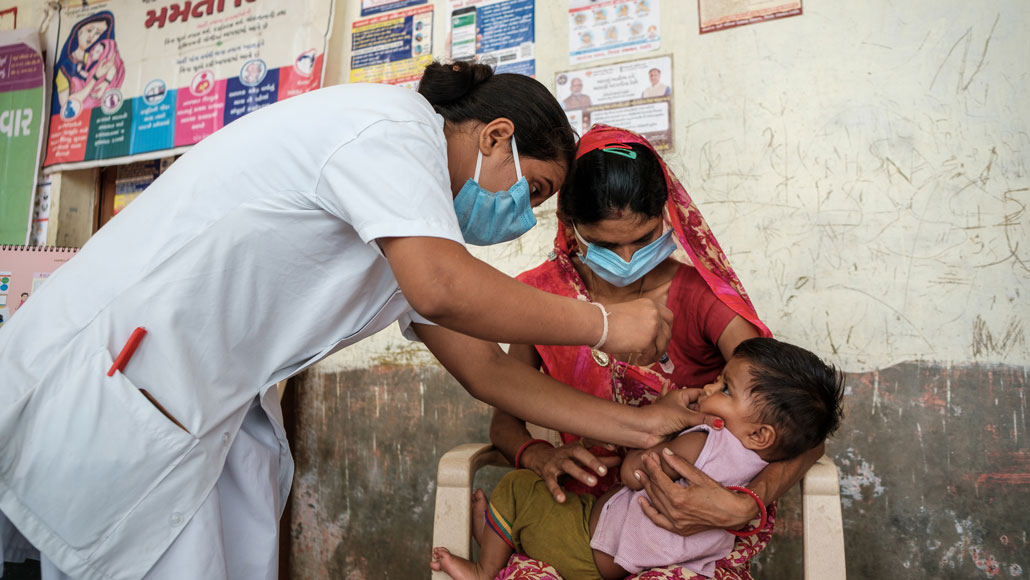 Millions of kids have missed routine vaccines thanks to COVID-19

The COVID-19 pandemic has forced millions of children around the world to miss out on important childhood vaccinations, increasing the risk of dangerous outbreaks of other infectious diseases, new research suggests.

Amid the spread of the coronavirus, an estimated 9 million more children than expected didn’t get a first dose of the measles vaccine in 2020, researchers report July 14 in a modelling study in the Lancet. Another 8.5 million children are projected to have missed a third dose of the DTP shot for diphtheria, tetanus and pertussis, or whooping cough.

The World Health Organization and other public health agencies warned last year that the COVID-19 pandemic would disrupt routine childhood vaccinations. Those missing vaccinations could put vulnerable children at risk during outbreaks of highly contagious diseases, like the 2014 measles outbreak at Disneyland in California (SN: 11/13/20). The news also comes as health officials in Tennessee plan to halt all outreach to get adolescents vaccinated to prevent not only COVID-19 but also other infectious diseases.

“We’ve lost over 4 million people to COVID,” says Suzette Oyeku, a pediatrician at the Children’s Hospital at Montefiore and Albert Einstein College of Medicine, both located in New York City. “How many additional lives do we want to lose for not protecting people against stuff that we know we can protect?”

There is some uncertainty in the new Lancet estimates because vaccine data weren’t available for all countries, says global health researcher Kate Causey of the University of Washington’s Institute for Health Metrics and Evaluation in Seattle. The actual numbers for some regions could be lower or higher.

A separate analysis from WHO and UNICEF, described in a July 15 press release, does find lower numbers, though millions of children are still missing crucial childhood vaccines.

Based on health care data, the WHO reports that in 2020, at least 3.5 million more children missed their first DTP dose than in 2019. Another 3 million more children missed their first measles vaccine in 2020 than in 2019. Many children in Southeast Asia, for example, missed their shots. India had the largest increase in missed vaccines, according to the WHO study. There, more than an estimated 3 million children didn’t get a first dose of the DTP vaccine in 2020 compared with around 1.4 million in 2019.

In the Lancet study, Causey and colleagues estimated global measles and diphtheria, tetanus and pertussis vaccine coverage in 2020 by analyzing public health data as well as mobility patterns. Had the pandemic not happened, an estimated 83.3 percent of children would have been vaccinated against diphtheria, tetanus and pertussis and 85.9 percent against measles in 2020, the researchers’ models suggest. Instead, an estimated 76.7 percent of children received the DTP vaccine, the lowest rate since 2008, meaning 30 million children — 8.5 million more than expected — missed the shot, the team found. Only an estimated 78.9 percent were vaccinated against measles, meaning 27.2 million children, or 8.9 million more than expected, missed doses. Experts haven’t seen a level of measles vaccination in kids that low since 2006 (SN: 4/24/19).

The World Health Organization and UNICEF tallied the number of children in countries around the world who missed their first dose of a combined vaccine for diphtheria, tetanus and pertussis, or DTP, in 2019 compared with 2020. These 11 nations had the highest increases in those missed shots.

That decline is troubling, particularly given the ongoing coronavirus pandemic, Oyeku says. “The concern that we’re going to start to see clusters of outbreaks of vaccine-preventable disease” as well as outbreaks of COVID-19 in children, which could cause problems.

As seen in the WHO analysis, regions like South Asia had the largest decline, with administered DTP doses dropping nearly 60 percent below what was expected, the Lancet study suggests. Measles doses declined by 40 percent in that region. Sub-Saharan Africa had the smallest decline — around 4 percent for both shots.

High-income countries including the United States had an estimated 6 percent drop in DTP vaccinations and an 8 percent drop for measles, the team found. A separate study released in the June 11 Morbidity and Mortality Weekly Report focused on the United States showed that vaccination rates for these vaccines dropped across 10 states, including Idaho, Iowa and Washington, from March to September 2020 compared with the same period in 2018 and 2019.