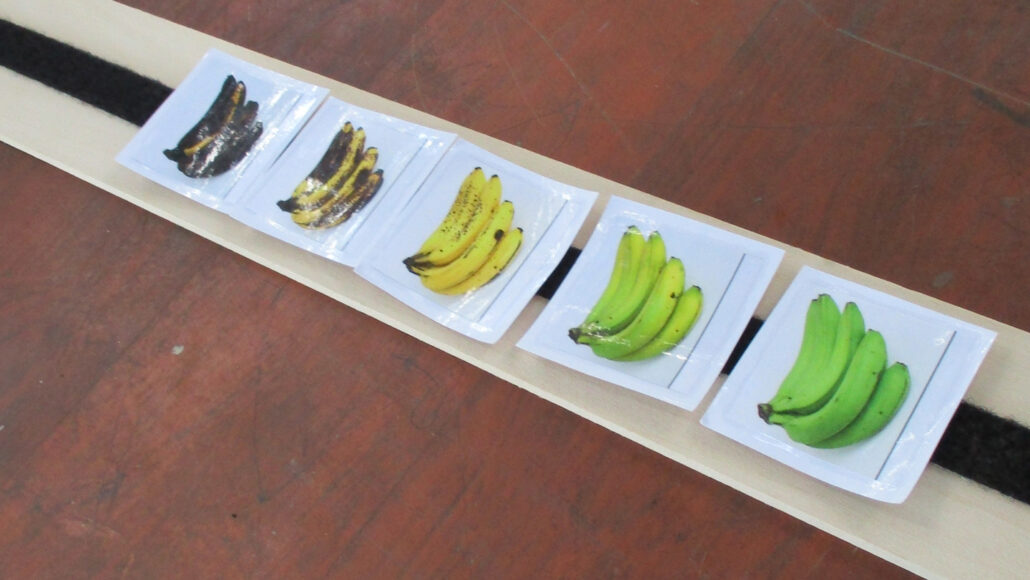 Everyone maps numbers in space. But why don’t we all use the same directions?

Consider a ruler, a timeline or even weights lined up in a gym. Why are the smaller values, the earlier times and the lighter weights typically on the left and the larger or later values on the right?

Since at least the early 1990s, researchers have debated whether these mental number lines, or the tendency to order numerically from left to right, are innate or learned. In more recent years, this debate has broadened from mental number lines to mental magnitude lines: the human tendency to map any abstract idea, such as numbers, time and even facial expressions, in three-dimensional space. Now, an August 11 study in Science Advances, comparing mostly adult Indigenous farmer-foragers in Bolivia to U.S. preschoolers and adults has fallen squarely on the learning or culture side, adding fresh fuel to the debate.

More than an esoteric debate, researchers suspect that understanding how humans map abstract ideas in space could provide clues about the development of spatial reasoning. The thinking is that these maps “are a foundation upon which later mathematical and spatial abilities build,” says cognitive scientist Kensy Cooperrider, who recently completed his postdoctoral work at the University of Chicago and is now based in San Diego.

Pitt and colleagues first asked members of three groups — 96 Tsimane teens and adults, 31 U.S. preschoolers and 18 U.S. adults — to arrange items on a horizontal board. All the participants lined up five index cards covered in one to five dots or five blocks ranging in size from 1 to 5 inches. While the U.S. adults all mapped the cards and blocks from smallest on the left to largest on the right, the Tsimane adults and U.S. preschoolers were equally likely to map in either direction, the team found.

Then the team evaluated how a new group of 60 Tsimane teens and adults mapped information along the x, y and sagittal (front to back) axes. Besides asking participants to order items by size and number, the researchers also tested to see whether the Tsimane people mapped time to space. In that trial, the team asked them to order five sets of bananas ranging in color, or ripeness, from very green to almost black. Each participant completed three mapping tasks per axis for a total of nine tasks.

Again, the Tsimane people showed little directional bias. A single participant often ordered one concept one way on a given axis, such as the lower magnitude green bananas on the bottom, and another concept the other way, such as the higher magnitude five-dot index card on the bottom. The researchers tallied when each participant placed all the cards in the same direction on a given axis and when they did not. Averaging the scores across participants, the researchers found that mappings went in the same direction only 42 percent of the time.

“This study casts doubt on the idea that many psychologists and cognitive neuroscientists have held that we have an innate system for spatializing numbers,” says Cooperrider, who reached similar conclusions in a 2017 study testing mental number lines among the Yupno people of Papua, New Guinea.

The debate is far from closed, though, says cognitive scientist Stella Lourenco of Emory University in Atlanta. Tsimane participants did show some consistencies. For instance, any given individual ordered the size and number cards the same way along the x, y and sagittal axes about 80 percent of the time. “They look at these data and say there is inconsistency. I look at these data and I say, ‘It looks pretty good to me in terms of consistency,’” Lourenco says.

Lourenco suspects that people might be born with innate mental maps, as indicated by research on newborn babies, but life experience obscures those default tendencies. For instance, Arabic speakers, who read from right to left, also tend to place lower magnitude items on the right — the reverse of native English speakers. “Even if you believe in a default or innate directionality,” she says, “directionality is flexible.”

The bigger question, says cognitive scientist Rosa Rugani of the University of Padua in Italy, is how people build their mental maps. What experiences, for instance, make Tsimane people more likely to map the number and size cards in the same direction than the number and time cards?

What’s more, Rugani says, a laser focus on directionality has obscured what’s arguably the most intriguing question of all: Why does everyone from preschoolers to the Yupno and Tsimane people map abstract ideas in space at all? “We really need to return to the origins of this topic,” she says.