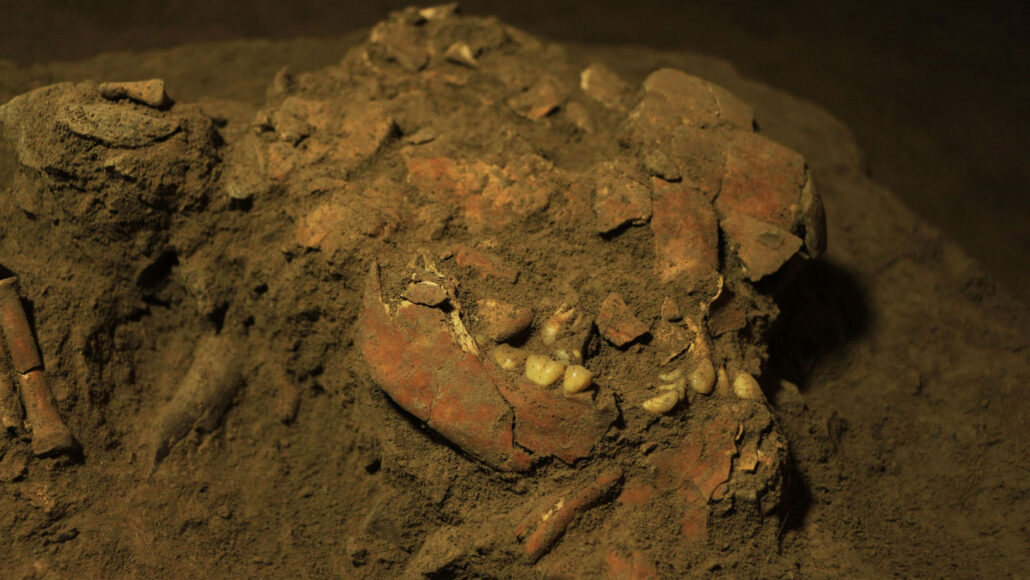 A young woman who lived on the Indonesian island of Sulawesi as early as around 7,300 years ago had a surprisingly ancient East Asian pedigree, mixed with a dash of Denisovan ancestry, a new study finds.

Researchers excavated the woman’s partial skeleton from South Sulawesi’s Leang Panninge cave. An analysis of her DNA shows that she was a descendent of mainly East Asian Homo sapiens who probably reached the tropical outpost at least 50,000 years ago, researchers report August 25 in Nature.

Until now, many scientists thought that skilled mariners and farmers called Austronesians first spread East Asian genes through Wallacea, a group of islands between mainland Asia and Australia that includes Sulawesi, Lombok and Flores, around 3,500 years ago.

The ancient Sulawesi woman’s DNA “provides the first indication that an Asian ancestry was present in Wallacea long before the Austronesian expansion,” says archaeologist Adam Brumm of Griffith University in Brisbane, Australia.

Indonesian archaeologists who unearthed the skeleton — and who coauthored the new study with Brumm, population geneticist Selina Carlhoff of the Max Planck Institute for the Science of Human History in Jena, Germany, and other colleagues — nicknamed the young woman, who was 17 or 18 years old when she died, Besse (pronounced BESS-eh). In ethnic communities of South Sulawesi, Besse is an affectionate term for individual girls and women.

After arriving on Sulawesi, the woman’s ancestors mated with Denisovans who already inhabited the island, the investigators suspect. Known mainly from ancient DNA samples, Denisovans are a group of mysterious ancient hominids who date to as early as around 300,000 years ago in Siberia and survived on nearby Papua New Guinea until as late as 30,000 to 15,000 years ago (SN: 3/29/19).

The discovery of Besse shows that the peopling of Southeast Asian islands was much more complex than has typically been appreciated, says population geneticist Lluis Quintana-Murci of Collége de France and the Pasteur Institute, both in Paris. “Wallacea was probably a key habitat region for Denisovan-related groups,” adds Quintana-Murci, who did not participate in the new study.

The researchers estimate that the ancient Sulawesi woman inherited about 2.2 percent of her DNA from Denisovans. That’s a bit less than some other groups in the region. Indigenous groups in the Philippines carry the highest known levels of Denisovan ancestry, topping out at about 5 percent (SN: 8/12/21).

Earlier genetic evidence suggested that different Denisovan populations interbred with H. sapiens groups in the Philippines and on a land mass that included what’s now Papua New Guinea and Australia. The Sulawesi woman’s DNA indicates that interbreeding occurred in Wallacea as some Stone Age H. sapiens made their way toward Papua New Guinea and Australia. “The major gene flow from Denisovans into ancestors of Papuans and Aboriginal Australians most likely took place once [H. sapiens] reached the Wallacea islands,” says population geneticist and study coauthor Cosimo Posth of the University of Tübingen in Germany.

The woman’s DNA more closely resembles that of present-day Papuans and Indigenous Australians than of any current mainland East Asians, the scientists say. Those comparisons indicate that she belonged to a previously unknown, distinct genetic line of humans that emerged around 37,000 years ago, roughly the same time as a previously estimated evolutionary split of Papuans from Indigenous Australians.

Carefully crafted stone points that had been placed in the ancient woman’s grave identify her as a member of South Sulawesi’s Toalean hunter-gatherer people, Brumm says. Toalean stone artifacts date to between roughly 8,000 and 1,500 years ago. Evidence of Toalean culture disappears after that.

The Indonesian coauthors of the new study excavated the ancient woman’s partial skeleton from 2015 to 2019. Surviving fossils mainly came from the skull and pelvis. DNA was extracted from a dense bone in the base of the skull that’s known to preserve genetic material especially well. Fossils in tropical climates like Indonesia’s rarely yield ancient DNA because the fragile genetic material doesn’t typically survive those conditions.

Radiocarbon dating of a burned seed from a common Southeast Asian tree, which was found near the skeleton, provided an age estimate of between around 7,300 and 7,200 years.

It’s not known if ancestors of Besse created previously discovered Sulawesi rock art of a pig that dates to at least 45,500 years ago, one of the oldest known artistic depictions of a real-world organism (SN: 1/13/21). So the artists of that work remain a mystery, for now.