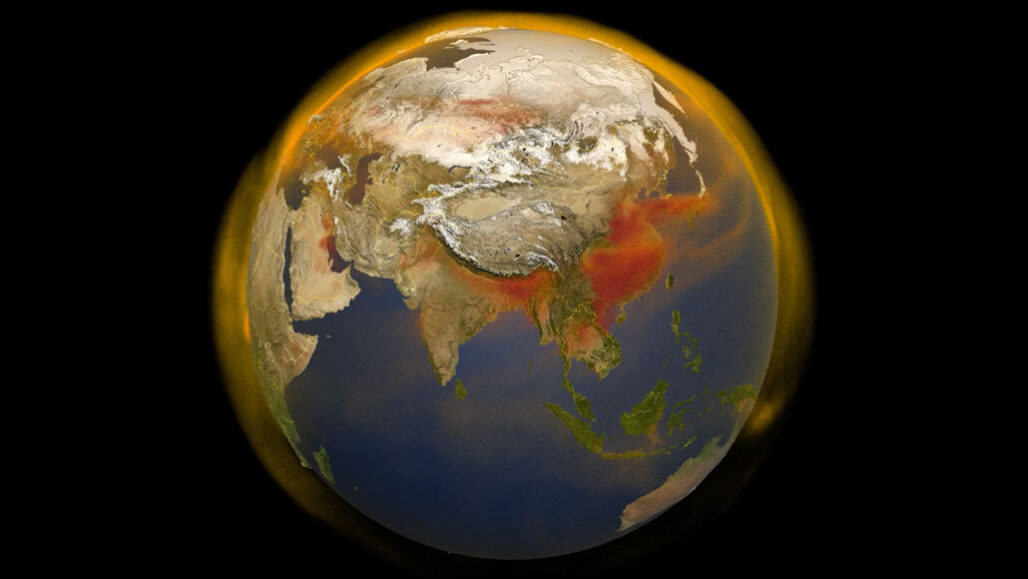 Methane levels in the atmosphere are at an all-time high. But curbing emissions of that potent greenhouse gas requires knowing where methane is being released, and why. Now, a global inventory of methane sources reveals the major culprits behind rising methane pollution in the 21st century.

Agriculture, landfill waste and fossil fuel use were the primary reasons that Earth’s atmosphere absorbed about 40 million metric tons more methane from human activities in 2017 than it did per year in the early 2000s. Expanding agriculture dominated methane release in places like Africa, South Asia and Oceania, while increasing fossil fuel use heightened emissions in China and the United States, researchers report online July 14 in Environmental Research Letters.

Methane “is one of the most important greenhouse gases — arguably the second most important after CO2,” says Alexander Turner, an atmospheric scientist who will join the University of Washington in Seattle in 2021.

Although there is far less methane than carbon dioxide in the atmosphere, methane can trap about 30 times as much heat over a century as the same amount of CO2. Tallying methane sources “is really important if you want to understand how the climate is going to evolve,” says Turner, who wasn’t involved in the new study. It can also help prioritize strategies to quell pollution, like consuming less meat to cut down on emissions from cattle ranches and using aircraft or satellites to scout out leaky gas pipelines to fix (SN: 11/14/19).

Marielle Saunois, an atmospheric scientist at the Pierre Simon Laplace Institute in Paris, and colleagues cataloged global methane pollution in 2017 — the most recent year with complete data — using atmospheric measurements from towers and aircraft around the world. The isotope, or type of carbon, in methane samples contained clues about its source — such as whether the methane was emitted by the oil and gas industry, or by microbes living in rice paddies, landfills or the guts of belching cattle (SN: 11/18/15). The team compared the 2017 observations with average annual emissions from 2000 to 2006.

In 2017, human activities pumped about 364 million metric tons of methane into the atmosphere, compared with 324 million tons per year, on average, in the early 2000s. About half of that 12 percent increase was the result of expanding agriculture and landfills, while the other half arose from fossil fuels. Emissions from natural sources like wetlands, on the other hand, held relatively steady.

Emissions rose most sharply in Africa and the Middle East, and South Asia and Oceania. Both regions ramped up emissions by 10 million to 15 million metric tons. Agricultural sources, such as cattle ranches and paddy fields, were responsible for a 10-million-ton rise in emissions from South Asia and Oceania and a surge almost as big in Africa, the authors estimate. Emissions swelled by 5 to 10 million tons in China and North America, where fossil fuels drove pollution. In the United States alone, fossil fuels boosted methane release by about 4 million tons.

In 2017, human activities pumped about 40 million metric tons more methane into the atmosphere than in the early 2000s. Meanwhile, natural sources of methane, such as wetlands, increased their emissions by only about 10 million metric tons. Agriculture and fossil fuel use were the major drivers behind increasing human emissions.

One region that did not show an uptick in methane was the Arctic. That’s curious, because the Arctic is warming faster than anywhere else in the world, and is covered in permafrost — which is expected to release lots of methane into the air as it thaws, says Tonya DelSontro, an aquatic biogeochemist at the University of Waterloo in Canada not involved in the work (SN: 7/1/20).

The new findings could mean that the Arctic has not bled much methane into the atmosphere yet — or that scientists have not collected enough data from this remote area to accurately gauge its methane emission trends, DelSontro says (SN: 12/19/16).

The new methane budget may track emissions only through 2017, but “the atmosphere does not suggest that anything has slowed down for methane emissions in the last two years,” says study coauthor Rob Jackson, an environmental scientist at Stanford University. “If anything, it’s possibly speeding up.” By the end of 2019, the methane concentration in the atmosphere reached about 1,875 parts per billion — up from about 1,857 parts per billion in 2017, according to the U.S. National Oceanic and Atmospheric Administration.