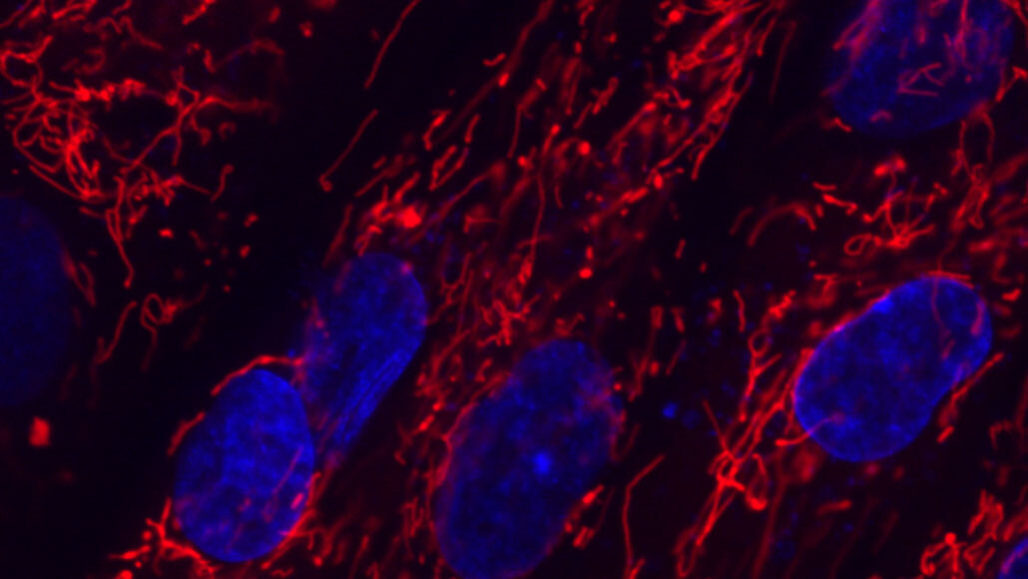 Bacterial weaponry has an unexpected use in human cells.

A protein secreted by bacteria to kill other microbes has been re-engineered to tweak DNA inaccessible to other gene editors, scientists report online July 8 in Nature. The advance paves the way for one day fixing mutations in mitochondria. Those energy-producing organelles are inherited from a mother and have their own DNA, distinct from the genetic information — from both parents — that’s stored in a cell’s nucleus.

“I’ve been a mitochondrial biologist for 25 years, and I view this as an extremely important advance for the field,” says Vamsi Mootha, a Howard Hughes Medical Institute investigator at Massachusetts General Hospital in Boston and the Broad Institute of MIT and Harvard.

Mutations in mitochondrial DNA cause over 150 distinct syndromes and affect 1,000 to 4,000 children born in the United States each year. There are no cures for these diseases and currently, the only way to prevent a child from inheriting dysfunctional mitochondria is a controversial “three-parent baby” method (SN: 12/14/16). This in vitro fertilization technique requires mitochondria from a donor egg, in addition to genetic information from a mother and father.

An approach for developing cures for genetic diseases is gene editing, a technique that makes changes directly to DNA. Perhaps the most famous gene editor, CRISPR/Cas9 is a molecular scissors that cuts DNA. Researchers have also previously used molecules called TALENs to cut up mitochondrial DNA in mice and eliminate defective organelles (SN: 4/23/15). A newer technology, called base editors, bolts proteins that can change DNA bases — represented by the letters A, C, G and T —  to a modified version of the CRISPR-associated protein Cas9 (SN: 10/25/17). These editors chemically transform one DNA base into another, essentially fixing typos that can lead to disease. This technology, however, works only on DNA in nuclei, not mitochondria.

The toxin secreted by the bacteria Burkholderia cenocepacia unexpectedly proved to be the solution needed to create a mitochondria-friendly base editor. Marcos de Moraes, a microbiologist at the University of Washington in Seattle, deduced that the toxin killed bacteria by causing disruptive DNA mutations. But for months, he couldn’t untangle how the process worked at a molecular level. He was on the verge of moving on from the project when a single late-night experiment made everything fall into place.

It was like a soap opera, de Moraes says. He’d suspected early on that the toxin protein attached to DNA and modified one DNA letter, cytosine (C), so it resembled a different one, thymine (T). These intentional DNA typos were what brought down the toxin’s victims. But what de Moraes learned from that fateful late-night experiment was that, unlike all other cytosine-converting proteins, the toxin made changes to double-stranded DNA rather than single-stranded DNA.

This seems like a minor difference, but it has major implications. Thus far, base editors have used proteins like Cas9 to pry apart target DNA into single strands before making a change. But pieces of RNA required for the function of these proteins can’t get into mitochondria. A base editor based on the B. cenocepacia toxin, which works on double-stranded DNA, would no longer need to depend on Cas9.

The prospect of developing a mitochondria-friendly tool spurred conversations with David Liu, a chemical biologist and HHMI investigator at Harvard University and the Broad Institute of MIT and Harvard.

The new cytosine-converting enzyme, however, was as lethal to mammalian cells as it was to bacterial prey. The first step in “taming the beast” was modifying the toxin so it didn’t just indiscriminately mess up double-stranded DNA, Liu says. The researchers split the protein into nontoxic halves; the two pieces changed cytosine to thymine only when they were brought together to the same spot of DNA.

“It’s quite brilliant,” says Carlos Moraes, a mitochondrial biologist at the University of Miami in Florida who was not involved in the work.

To direct the enzyme halves’ activity, the researchers attached TALE proteins, short pieces of protein that could be chosen to target specific stretches of DNA. In cell culture experiments, the mitochondrial editor successfully converted cytosine to thymine at intended mitochondrial DNA locations, with efficiencies ranging from 5 to 49 percent.

Future work will aim to improve efficiency, develop new types of mitochondrial editors that can produce other DNA base changes, and see if mitochondrial gene editing works in animals.

“This is just the first step,” says Shoukhrat Mitalipov, a mitochondrial biologist at the Oregon Health & Science University in Portland who was not involved in the work. “But in the right direction.”