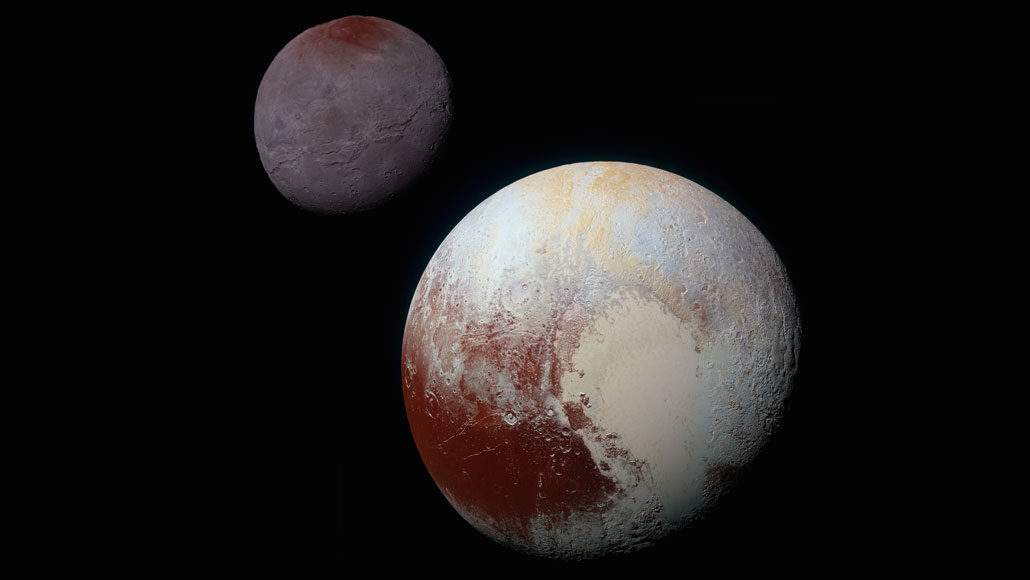 50 years ago, astronomers were chipping away at Pluto’s mass

Pluto was the last of the planets to be discovered (in 1930). If astronomers continue to make it lighter, it may be the first to disappear.… [The latest measurement] brings Pluto down to 0.11 of Earth’s mass, less than an eighth of its former self.… The wide discrepancies among the figures presented for the mass of Pluto illustrate the particular difficulties of measuring its mass.… If a planet has satellites, its mass can be determined from studying their motions.… But Pluto has no known satellites.

The discovery of Pluto’s moon Charon in 1978 (SN: 7/15/78, p. 36) finally allowed astronomers to accurately calculate the planet’s mass: about 0.2 percent of Earth’s mass. Decades after scientists resolved Pluto’s heft, the planet received arguably the greatest demotion of all — a downgrade to dwarf planet (SN: 9/2/06, p. 149). Some astronomers have since proposed alternate definitions for the term “planet” that, if widely adopted, would restore Pluto to its former rank.