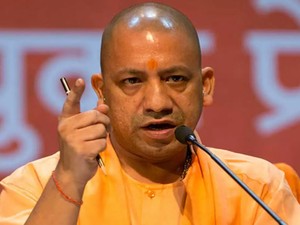 By lutra on 28.04.2021
Private hospitals across western UP struggled hard to maintain adequate oxygen supply, raising frequent SOS alerts, even as the government claimed the demand-supply situation may have somewhat stabilised in central and eastern districts of Lucknow, Varanasi and Gorakhpur. The issue was also brought up in a meeting by CM Yogi Adityanath on Tuesday. He said the authorities have been able to strike a balance between demand-supply and distribution of oxygen in Lucknow, Kanpur, Bareilly, Varanasi and Gorakhpur, but directed officials to make more effective arrangements in districts of Agra, Mathura, Aligarh. Meerut, too, struggled to meet its oxygen needs, getting only 10 metric tonnes against its daily requirement of about 35 metric tonnes. Proximity with Delhi-National Capital Region (NCR) makes private hospitals in these districts an option for patients unable to find beds there, according to a district BJP president of Meerut.
#Elections With

A senior state government official said a lot of big private and government hospitals in western UP including Metro and Fortis have contracts with suppliers such as Inox Air Products and Goyal Gases, which cannot be disrupted as they are mostly L3 facilities – meant for very critical patients. Besides, with paucity of L3 beds, a lot of oxygen dependent patients are having to do with L1 and L2 beds and use cylinders leading to a really high demand for them which the government is struggling to fulfil. “We are looking at capturing supply from Jamnagar from Gujarat and are working out how to get our fill from there,” she said. On Monday evening, many hospitals in the western UP region had raised frantic SOS alerts. Nayati Medcity in Mathura had said in the evening that it had less than 40 minutes of oxygen left, with 144 patients’ lives at stake. The hospital said it had been following up with the authorities for the past 12 hours but supplies would get diverted to other district hospitals. The situation was salvaged with a Union home ministry official’s direction to the district magistrate to provide 60 cylinders while a tanker was ordered from Aligarh later. In Meerut, KMC Hospital, which had 160 patients, had raised an alarm in the intervening night of Sunday and Monday, and the district administration was able to arrange for it just in the nick of time. According to local media reports, nine deaths occurred in the hospital due to shortage, but the district administration refuted these claims. The issue in Meerut was also highlighted by MP Rajendra Agarwal, who appealed to the CM to fulfil the district’s 35 metric tonne requirement as hospitals had to helplessly turn patients away.