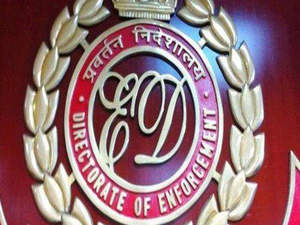 By lutra on 27.04.2021
The Enforcement Directorate (ED) has informed a local court that Preeti Chandra, the wife of Unitech promoter Sanjay Chandra, was “involved in laundering and layering of funds deposited by home buyers” with the real estate company.Making this charge for the first time, the federal agency has alleged that Preeti Chandra had “financial linkage” with Unitech and that “substantial funds were diverted” from the company and its subsidiaries to her personal account.The agency also informed the court that she had acquired the citizenship of a tax haven in 2015 but did not disclose “the purpose (for acquiring the citizenship), her address and investments thereof” in Dominica. It said she had obtained the citizenship of the Caribbean nation after the Unitech group came under the scanner of investigative agencies.
#Elections With

“It is highlighted here that most of the economic offenders who had fled India or want to flee, obtain the citizenship of countries such as Dominica, Antigua, Albania, etc.,” the ED said in its reply seeking dismissal of Preeti Chandra’s plea wherein she has challenged a lookout circular against her.The ED said she “might engage in dissipation of the properties stashed abroad which are generated out of proceeds of crime”.

ET has seen a copy of ED’s reply.The agency said so far it had attached assets worth Rs 350 crore where the role of Preeti Chandra had also allegedly surfaced.The ED claimed that she was a director at Prakausli Investment (India) Pvt Ltd and Harsil Projects Ltd, both promoters of Unitech companies.The reply reads “during 2007-08 to 2011-12, proceeds of crime to the tune of Rs 310 crore was generated by diverting homebuyers’ funds by

. These were further transferred to Carnoustie Management India Pvt Ltd. During 2010-11 and 2011-12, out of the said Rs 310 crore, Carnoustie Management India extended Rs 107 crores to Prakausli Investment (India) as an advance for purchase of two farmhouses which were owned by Prakausli’s subsidiaries namely Girnar Asthetics Exports Pvt Ltd and Colossal Properties Ltd. During this period Preeti Chandra was the director of Prakausli Investment”.The agency added: “Neither the farmhouse was given to M/s Carnoustie Management India Pvt Ltd nor advance was returned to them. The investigation regarding tracing out of proceeds of crime of Rs 107 crore is underway wherein Preeti Chandra would be required.”She was examined by the ED on March 10 wherein she has claimed that she was not a director in any of the companies of Unitech or its related companies.However, the ED has claimed that as per “intelligence input available” with it, she “is actively involved in management and dissipation of properties involved in money laundering, especially the ones stashed abroad”.The agency claims to have recorded the statement of a close associate of Sanjay Chandra who was appointed as a director in one of his alleged benami entities, the Trikar group of companies registered in the Cayman Islands.This associate, according to the ED, has deposed that Preeti Chandra had a jewellery and fashion retail outlet in Dubai by the name of “Preeti Chandra Jewels and Fashion” which was opened in 2017-18. The associate also allegedly said that Sanjay Chandra had discussed with him about “transferring funds from the jewellery company to anywhere in the world” including Sanjay Chandra’s “overseas companies”.ET was the first to report that Preeti Chandra was stopped from boarding a flight at Delhi’s Indira Gandhi International Airport on March 10 based on a lookout circular issued against her at the behest of the probe agencies. On the same day, she was summoned by the ED to “forthwith tender a statement” in the money-laundering probe involving Unitech promoters. She was questioned for several hours that day.