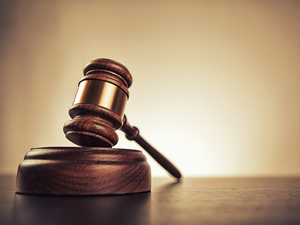 By lutra on 05.12.2020
New Delhi: People suffering from mental illness deserve special care and love and are not to be exploited, the Supreme Court has said while upholding the conviction and sentence awarded to a man for raping a mentally disabled woman. Observing that the convict had exploited the victim by taking undue advantage of her mental illness, the apex court dismissed his appeal against the September 2016 judgment of the Himachal Pradesh High Court which had convicted him in the case while setting aside the trial court order acquitting him. A bench headed by Justice Ashok Bhushan noted in its verdict that as per the DNA report, the convict was the biological father of the child delivered by the 19-year-old victim who was found to be 31-week pregnant when the matter came to light. “A person suffering from mental disorder or mental sickness deserves special care, love and affection. They are not to be exploited. In the present case, the accused has exploited the victim by taking disadvantage of her mental sickness/illness. Therefore, no interference of this court against the impugned judgment and order passed by the high court convicting the accused is called for,” said the bench, also comprising Justices R S Reddy and M R Shah. “On evidence, it has been established and proved that the victim was mentally retarded and her IQ was 62 and she was not in a position to understand the good and bad aspect of sexual assault,” the bench said in its 24-page judgement delivered on December 3. The top court said the high court was justified in re–appreciating the entire evidence on record and reverse the order of acquittal passed by the trial court. The high court, while setting aside the trial court order acquitting the man, had convicted him for the offences of rape and criminal intimidation and sentenced him to seven years in jail.

According to the police, the FIR was lodged by the victim’s father in 2008 alleging that his daughter was found to be pregnant and she told her mother that the accused had raped her when she had gone to graze cattle. The prosecution said that due to fear and mental weakness, the victim had not disclosed about the incident to anyone and when she was medically examined, she was found to be 31-week pregnant. She gave birth to a child in June 2008 in Shimla and after a DNA test it was found that the accused was the biological father of the infant, the police had said, adding that he was arrested in the case. During the trial, the accused had claimed innocence and denied the allegations. The trial court had acquitted him mainly on the ground of delay in lodging the FIR and also that the woman was not mentally unsound to understand the consequences. Later, the state had moved the high court against the trial court’s order.