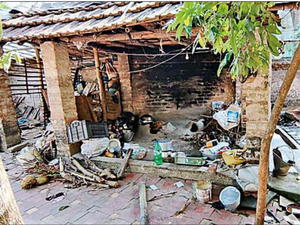 By lutra on 08.05.2021
Rashtriya Swayamsevak Sangh has condemned post-poll violence in West Bengal where 15 people were reportedly killed and urged the Centre to take necessary steps to ensure the state government implements law and order.RSS general secretary Dattatreya Hosabale in a statement on Friday also alleged that there was a conspiracy behind the violence.The organisation that generally refrains from commenting on political matters said elections have a significant role in democracy. During the Bengal polls, the opposing sides, in a fit of emotions, sometimes crossed the limits in making allegations and counter-allegations, Hosabale said. “However, we should always remember that all contesting parties belong to our country and all those participating in the elections—the candidates, their supporters, the voters—are citizens of the nation.”In 2017, RSS had passed a resolution in its pratinidhi sabha, the highest decision-making body, against the Mamata Banerjee-led Trinamool Congress government’s alleged failure to stop political violence. BJP had accused TMC cadre of unleashing violence while TMC has alleged that BJP is sharing fake videos on Twitter.RSS accused the state administrative machinery of being mute spectators. “Neither the rioters seemed to be afraid of anything nor is there any initiative by the state police and administration to control the violence,” it alleged.

“The first and foremost responsibility of the ruling administration, whoever or whichever party may be in power, is to establish peace and safety in the society by maintaining law and order, to instil fear of law in the minds of the anti-social elements, and to punish those involved in violent activities,” the RSS statement said. “Electoral victory belongs to political parties, but the elected government is accountable to the entire society.”It has urged the West Bengal government to “effectively establish rule of law by immediately containing violence and to initiate legal action against culprits by arresting them without further delay”.