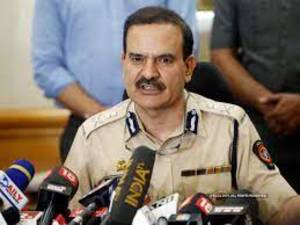 By lutra on 30.04.2021
Former Mumbai Police Commissioner Param Bir Singh has approached the Bombay High Court (HC) to challenge the Maharashtra government’s two orders of April 1 and 20, respectively, to initiate a preliminary probe against him by state police chief Sanjay Pandey.Singh is also seeking the court’s intervention to direct the Central Bureau of Investigation (CBI) to probe ‘aspects of criminal conspiracy and malicious attempts to thwart’ its preliminary inquiry into allegations against former state home minister Anil Deshmukh, as ordered by the high court on April 5.This is his the second such petition in the court. Last month, he had approached the court, seeking direction to the Central Bureau of Investigation (CBI) to probe allegations of corruption against Maharashtra home minister Anil Deshmukh. Singh, now transferred to the Home Guards, has argued in his petition that the orders of preliminary inquiry against him are liable to be set aside since they are a “grossly magnified attempt to harass the petitioner (Singh) for highlighting the corrupt malpractices of Anil Deshmukh, then home minister of Maharashtra.”
#Elections With

Singh has argued that the orders issued by the Maharashtra government directing Maharashtra DGP Sanjay Pande to initiate preliminary inquiry against him are “illegal, outside the frame of law and therefore cannot be sustained in light of the settled principles of law.”After he was removed as the city police chief, Singh alleged in a letter to chief minister Uddhav Thackeray that Deshmukh had instructed suspended assistant police inspector Sachin Waze and some other police officers to collect `100 crore per month from bars, restaurants and other businesses and also filed a PIL against Deshmukh. Both Deshmukh and his party, the Nationalist Congress Party (NCP), have refuted the allegations.On April 5, Deshmukh tendered his resignation to Thackeray, hours after the court directed the CBI to conduct a preliminary inquiry into corruption allegations made by Singh against him.

Recently, the state home department, by an order on April 20, asked Pandey to conduct a ‘preliminary inquiry’ into a complaint of corruption lodged by assistant police inspector Anup Dange against Param Bir Singh on February 2. Dange’s complaint accused Singh of being involved in corruption.