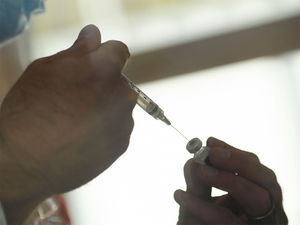 Only 0.22 per cent COVID-19 vaccine wastage in Maharashtra: Congress

By lutra on 04.05.2021
The Maharashtra Congress on Tuesday said the COVID-19 vaccine wastage in the state was only 0.22 per cent and not six per cent as claimed by Union minister Prakash Javadekar.The Congress also said that only 23,547 vaccine doses were left in Maharashtra and asked how can the state plan vaccination of people if it does not have the adequate number of doses.Javadekar had last month in a tweet claimed there was about six per cent vaccine wastage in Maharashtra.
#Elections With

State Health Minister Rajesh Tope had later rejected the claim, saying it was not correct.On Tuesday, state Congress spokesperson Sachin Sawant in a Twitter post tagged the latest statistics released by the Centre and said, “@Prakash Javadekar ji, wastage of vaccines in Maharashtra is 0.22% and not 6% as per your lie. Modi government only exposed your lie.”Sawant further said the Maharashtra government was proud of the state’s health workers who kept wastage to minimum and still made the state no.1 in vaccination.

“Really sad that Maharashtra BJP leaders like you keep humiliating and denigrating the state,” he tweeted while slamming Javadekar.”Another disturbing fact- Maharashtra has only 23547 vaccines left. How can we plan vaccination program if Modi government doesn’t supply adequate number of vaccines in time?” Sawant asked in the tweet.The Congress shares power in Maharashtra with the Shiv Sena and NCP.