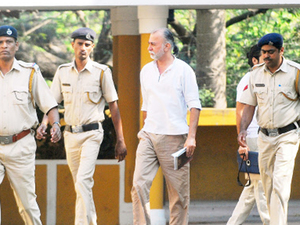 By lutra on 27.04.2021
A session court in Goa on Tuesday said it will pronounce the verdict in the Tarun Tejpal case on May 12. The former Tehelka editor-in-chief is accused of sexually assaulting a female colleague inside a luxury hotel elevator in Goa in 2013. The additional district court was to pronounce the verdict on Tuesday. Judge Kshama Joshi adjourned the verdict to May 12.

Public prosecutor Fransisco Tavares said the judge made the announcement without citing a reason for the verdict postponement.