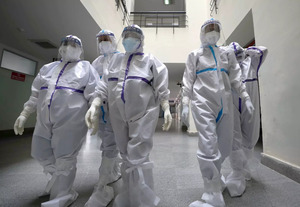 By lutra on 06.06.2021
A Delhi government hospital Saturday issued a circular asking its nursing staff not to use Malayalam at work as “maximum patients and colleagues do not know this language” which it said causes a lot of inconvenience. The circular issued by the Govind Ballabh Pant Institute of Postgraduate Medical Education and Research (GIPMER), one of the leading facilities here, has asked its nurses to use only Hindi and English for communication or face “strict action”. Later, the circular was withdrawn.

G B Pant nurses’ association president Liladhar Ramchandani claimed it was issued in pursuance of a complaint sent by a patient to a senior officer in the health department, regarding use of Malayalam language at the hospital, while adding that “the union disagrees with the wordings used in the circular”. The circular says, “A complaint has been received regarding Malayalam language being used for communication in working places in GIPMER. Whereas maximum patient and colleagues do not know this language and feel helpless causing a lot of inconvenience”. “So, it is directed to all nursing personnel to use only Hindi and English for communication. Otherwise serious action will be taken,” it reads. Ramchandani, also the secretary general of Delhi Nurses Federation said, “As a language’s name, Malayalam, has been inserted in the circular, many will take offence”. He also claimed that this circular was “consequent of the complaint filed by the patient” and “internally, there is no issue among the nurses and the administration”. Many nurses at various hospitals across India, hail from Kerala, with Malayalam being their native language. The circular has drawn sharp criticism from other nursing unions too.