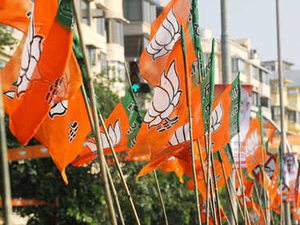 By lutra on 08.06.2021
The BJP, with a clear majority in three municipal corporations in Delhi, on Tuesday nominated its candidates for various posts in the civic bodies.The list of candidates issued by Delhi BJP president Adesh Gupta included the names of Raja Iqbal Singh, Mukesh Suryan and Shyam Sundar Agarwal for the posts of mayors in north, south and east Delhi municipal corporations, respectively.The elections to various posts of the three corporations are scheduled on June 16. The last date of filing nominations is June 8.