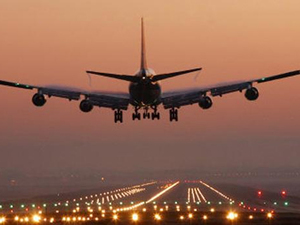 A senior BPF leader, who did not want to be named, said, “Initially they were planning to take the candidates to Bhutan. However, I think they were taken to Singapore.” Sixteen members of the six schedule Bodoland Territorial Council (BTC) have also accompanied the candidates.. Around 19 candidates of AIUDFwere shifted to Rajasthan on Friday. A senior AIUDF leader, who did not want to be named, told ET, “There is a threat of poaching of candidates. So, we decided to shift them. These people will be there till results are declared.”The three-phase polls in Assam concluded on April 6 and the results will be declared on May 2.Congress has been giving serious thought on how to create a ring fence to protect its candidates.

Recently, the BPF candidate from Tamulpur, Rangja Khungur Basumatary alias Ram Das, has joined BJP. The voting for the constituency took place on April 6. This had triggered a discussion among the political parties. The election commission examined the matter of Basumatary.Ajay Kumar Verma, secretary of EC, in a reply to BPF representation had said, “The complaint has been examined in the context of prevailing circumstances and all the material/documents available on record and on the basis of the same, the commission is of the concerned view that under the extant statutory provisions, the matter does not warrant any intervention at this juncture.” A senior Congress leader, who did not want to be named, told ET, “Mapping is on for the candidates. We are considering different measures including shifting to Congress-ruled states.” The leader said , “Results will be declared on May 2. There is a long gap and during this time some arrangement has to be made to protect the candidates from poaching.” Following election to the sixth schedule area of Bodoland territorial council (BTC). members of BJP, United People’s Party Liberal (UPPL) and Gana Suraksha Party (GSP) were kept in a hotel in Guwahati in December last year. They were later shifted to Shillong.